WASHINGTON, D.C. - JANUARY 20, 2009 - People ride the subway in the middle of the night to the U.S. Capitol. Hundreds of thousands, possibly the largest crowd ever assembled in the Nation's Capital, gather on the National Mall to celebrate the inauguration of Barack H. Obama as 44th, President of the United States. Inauguration-goers started to arrive and assemble the night before to find a position to watch on the Mall.
Photography ©DONNA FISHER / The Morning Call 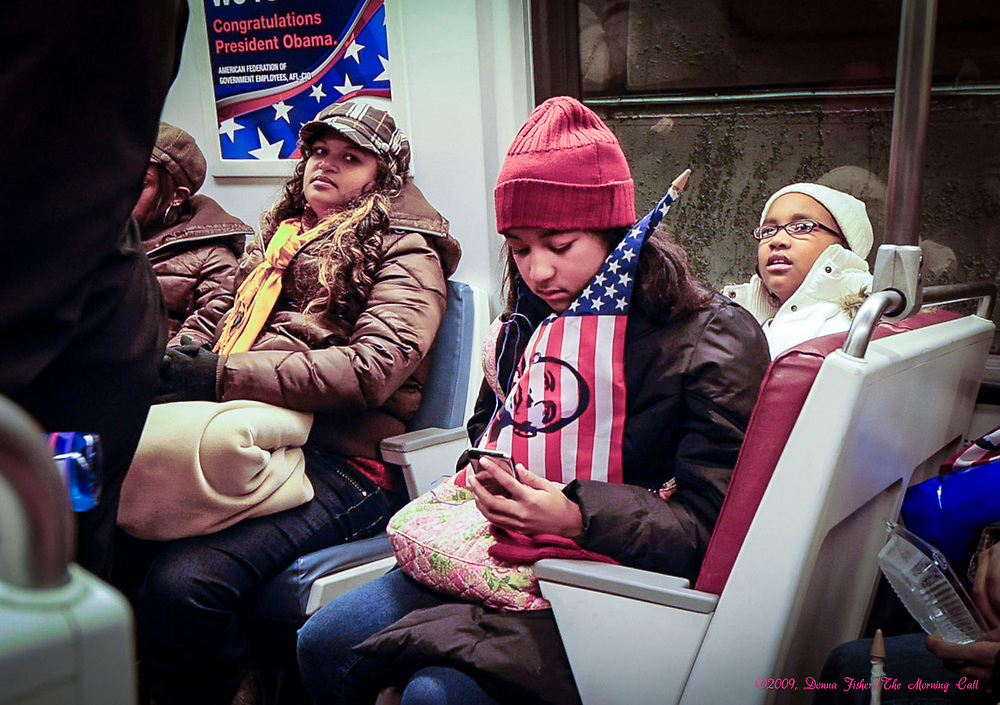